Our summer was frustratingly wet. It rained for weeks on end. We broke all sorts of records. I refused to give into the weather and wore knee-high rain boots and carried an umbrella whilst grilling Mr. McB’s birthday dinner on July 4.

Something happened on the first weekend of August. The sun broke through the clouds and there was nary a drop of precipitation. We jumped in the car and drove toward Brevard, North Carolina and Pisgah National Forest.

The drive was leisurely and scenic with just some minor curves.

Our first stop in the park was Looking Glass Falls. There were many cars parked along the road. For the most part, people were considerate. Those driving by went slowly and were mindful of people trying to reenter the road and pedestrians. 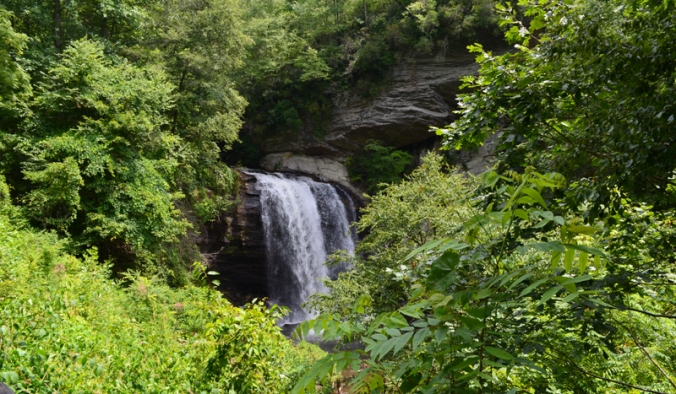 This was our first look at the falls from the roadway. You then start the steep staircase down to the water.

As I mentioned, this was the first sunny weekend in a month. The park was a bit crowded.

There were a number of swimmers and waders making their way into the crisp, clear water. On a return trip, I will come prepared with a towel and sandals. 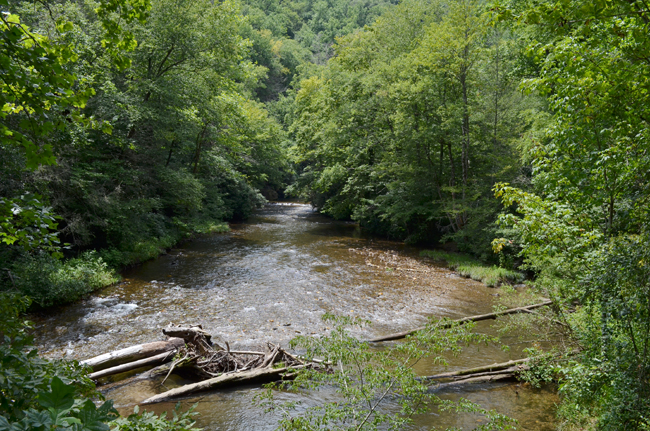 After our time at the falls, we explored the park a bit more. This creek widened out and lead to a calmer swimming hole.

This picnic area was very popular. There were hammocks, grills, and lots of family togetherness. The smells from the grills set our tummies to rumbling but we did a little more exploring before heading out of the park.

Mr. McB and I were the only ones around on this path.

We were famished when we left the park. Knowing my preference for local eats, we headed toward Brevard to find lunch. Finding lunch late on a Sunday afternoon is not an easy feat. Many restaurants were closing just as we arrived. Just when we were ready to declare defeat and drive back toward the chain restaurants, we spotted Rocky’s Grill and Soda. Rocky’s began its life as Varner’s Drug Store and Soda Fountain in 1942.

Stepping in, it’s easy to image that not much has changed in the last 70 years. The menu is very retro but the sandwiches have modern touches that really make this more than just a novelty restaurant. 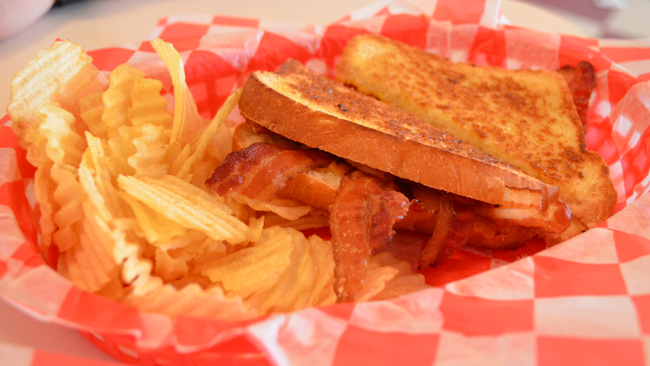 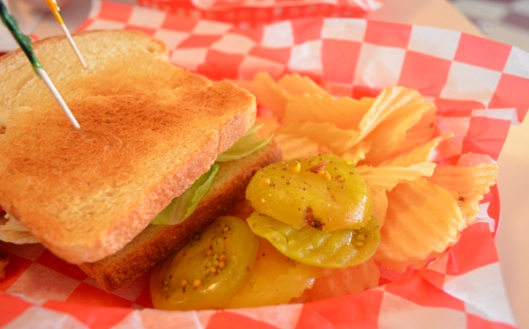 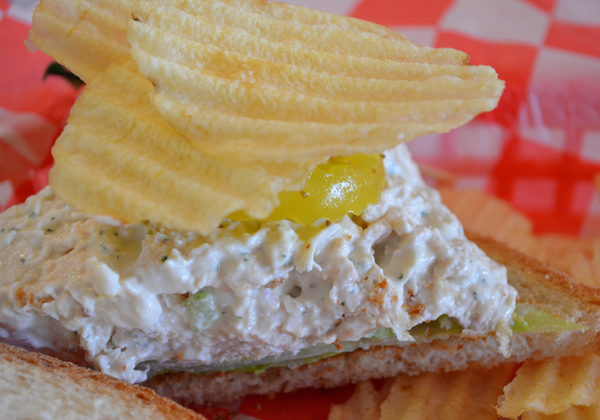 My chicken salad sandwich was delicious thanks to a hint of tarragon. The sandwiches also came with delicious green tomato pickles. There is a bit of a tomato-ey flavor and somehow it works with the bread and butter style spices.

If you want to recreate our trip, I recommend coming prepared to get in the water. I would also advise you to pack a picnic or at least some substantial snacks, especially if you plan to swim. MOST IMPORTANTLY, bring your own toilet paper. The park provides bathrooms but does not offer TP.